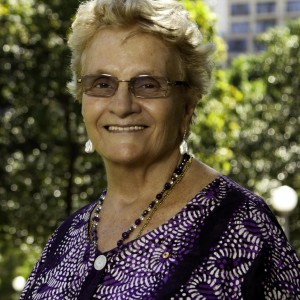 Development is a complex idea—we use it to mean both the messy and unpredictable processes of creative and destructive social change, and to label the deliberate programs of governments, NGOs and many others to try to improve people’s well-being.

indigo foundation’s approach to the latter is to focus on long term, respectful partnerships that are based on shared values of community ownership, sustainability, transparency and equity. Our approach is, in part, inspired by Amartya Sen’s vision of development as expanding the real human freedoms that people enjoy.

In translating that vision into practice, we confront many structural, social, ideological and other barriers that limit human freedoms. A key one of these is the differences between men, women and those whose gender identity does not t neatly into one of these groupings (the LGBTQI community, as it is called in Australia).

indigo foundation has recently decided to have a more strategic focus on the rights of women and girls, and has made the empowerment of girls and woman an explicit goal across all our programs, as well as a key filter when considering new partnerships. Thus, we thought it timely to review the history of thinking about women and gender in development and to outline some key challenges for indigo foundation in this area.

The “Women in Development” (WID) approach

This attracted high level attention to women’s issues, led to the establishment of national women’s organisations and ministries in many countries, and helped to institutionalise what became known as Women in Development (WID) policies in governments, donor agencies and NGOs.

Responding to the concern that women had been left out of the processes of economic development, the aim of WID was to integrate women into the field. This resulted in newly established WID of officers, units and ministries developing women’s projects, which were

In the early 1980s, gender analysts began to see that WID was not an appropriate solution to the problems faced by women. Not only was WID failing because most women’s income generation projects failed to generate significant income, but it also left the mainstream of development untouched, commanded marginal budgets, treated women identically, and failed to look systematically at why and how women were disadvantaged.

To address these shortcomings, the reasons why women in different cultures are systematically assigned inferior or secondary roles needed to be examined. This was essential to recognise the ways in which gender norms—that is, what men and women do, what they have, what they think etc.— are affected by, and reflected in, processes of development and change.

Drawing on feminist activism philosophies, gender analysts explicitly see women as agents of change and stress the need for women to organise to bring about change.

By the mid-1990s, a “gender” approach had replaced WID in most governments, donor organisations and NGOs, reflecting the consensus that there was a difference between biological sex and social constructed identities.

When I began my development technical advice work in Papua New Guinea, Solomon Islands, Fiji Islands and Vanuatu in 1997, it was clear that there was confusion among practitioners themselves about the meaning of gender in practice, and many gender units continued to operate a largely WID approach.

In contrast, those consciously adopting a gender approach offered a more holistic analysis of the gendered social, economic and political relations of development.

Advocates working within mainstream development organisations drew on gender analysis to bring concerns with women and gender difference into the mainstream of development for the first time.

Known now as the gender “efficiency” approach, their strategy was to argue, in the overall development context of structural adjustment policies, that gender analysis makes good economic sense. They argued that understanding men’s and women’s roles and responsibilities as part of the planning of all development interventions helps targeting, improves project effectiveness and ensures that women, as well as men, can play their part in national development.

Those working within community level women’s projects drew on what the women’s movement had to say about the importance, and value, of women as agents of change. In the overall context of a rise in participatory approaches

to development, the gender empowerment approach meant working with women at the community level, building organisational skills and self-esteem through participation in determining needs, and managing change.

The term gender mainstreaming, which refers to a commitment to ensuring that men and women’s concerns are at the heart of all legislation and planning, came into widespread use with the adoption of the Beijing Platform for Action (PfA) at the 1995 UN International Conference on Women.

It attempts to combine the strengths of both the efficiency and empowerment approaches within the context of mainstream development. Mainstreaming gender equality is a commitment to ensuring that gender-related concerns

and experiences are integral to the design, implementation, monitoring and evaluation of all legislation, policies and programmes so that women and men bene t equally, and inequality is not perpetuated. The ultimate goal is to achieve gender equality.

Gender mainstreaming should be integral to all development decisions and interventions; it include the staffing, procedures and culture of development organisations as well as their programmes; and implementing it should be the responsibility of all staff.

I saw gender mainstreaming working at its best in the work of the Netherlands Development Agency when I was their Senior Gender Adviser in Rwanda from 2006 to 2009.

The slowness of many good gender experts in politics, government, private sector and NGOs to move from the WID to the GAD approach was one of the reasons that I worked with Rwandans to establish the Centre for Gender, Culture and Development in 2010 to provide experienced gender practitioners with a theoretical understanding of gender mainstreaming.

Gender mainstreaming does not preclude women-only projects. It shifts their focus from women as a target group, to gender equality as a goal. It supports women-only (or men-only) projects designed as strategic interventions

to address aspects of gender inequality and promote greater equality.

indigo foundation has been influenced by the gender mainstreaming approach as we have equity as a key guiding principle for our organisation and our partnerships.

Yet, there is some evidence that gender mainstreaming does not always work. Gender all too often still means analysing and focusing on the role of women, rather than of both men and women. Indeed, there has been a tendency to put more and more responsibility on women for development in the economic (microcredit), social (children’s health and education) and political (anti-corruptions programs) realms.

And when combined with the individualist and efficiency logic of much of development thinking, gender mainstreaming can become little more than a strategy for improving public administration. Certainly, gender mainstreaming has not been successful in Australia; we have dropped 12 places in the World Economic Forum’s Gender Gap Report and are now ranked a poor 47th in the world.

So, it is critical for indigo foundation that we actively think about and evolve our understanding of gender in development and in development projects. We need to combine our practical focus on local solutions with continued reflection on the successful and failures of approaches globally.